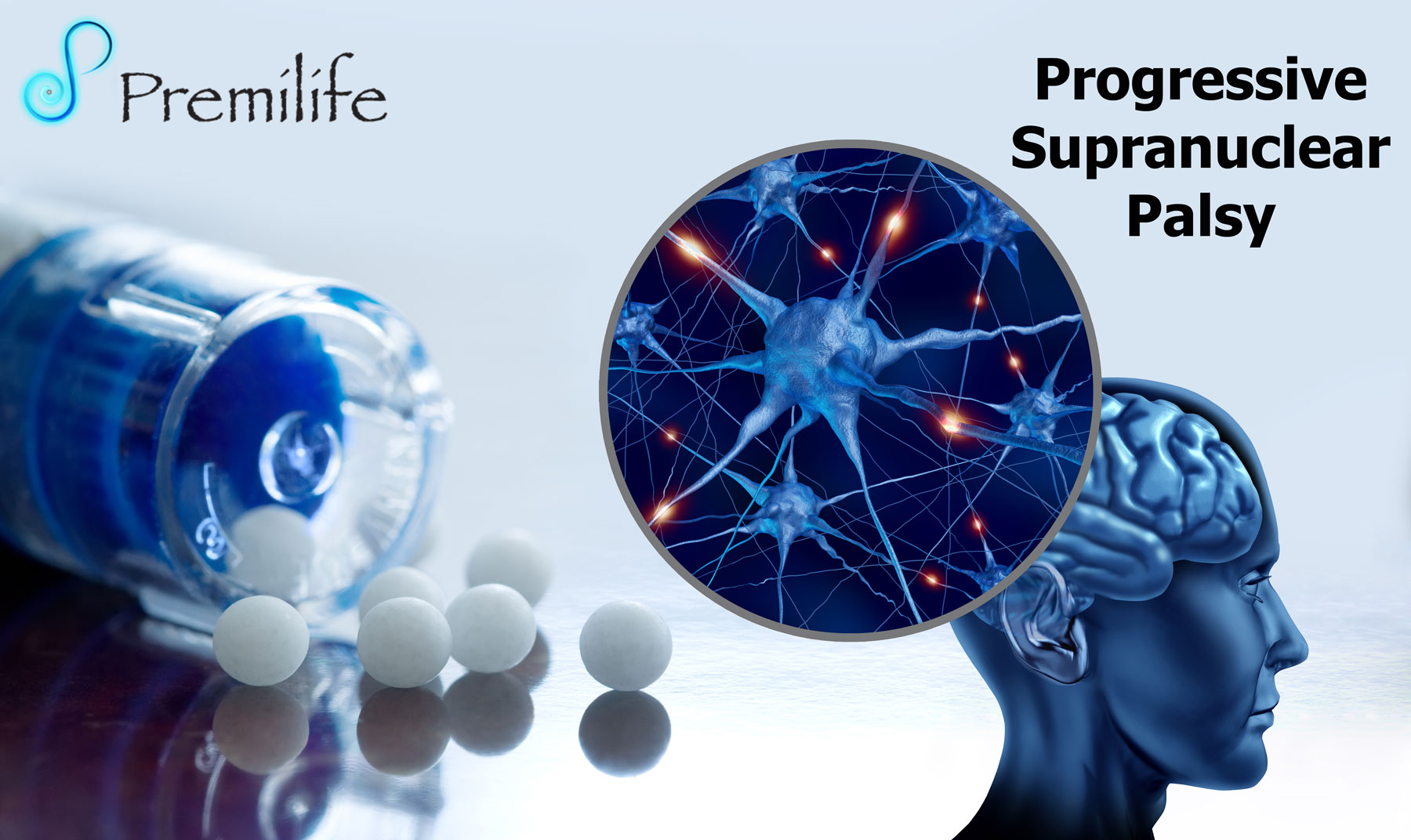 An estimated 3 to 6 of every 100,000 individuals throughout the world are afflicted with PSP, and middle-aged and elderly people are at higher risk of developing it. Sixty is the most common age that PSP presents, although some patients may experience initial symptoms starting as young as 40. Typically, men tend to be affected by PSP than women.

PSP is caused by cellular deterioration above nerve cell clusters, (neurons and glial cells, termed nuclei) in the midbrain and the brainstem, which is responsible for controlling body movement, and the frontal lobe, which controls thinking. Damage that occurs above the clusters of nerve cells is called supranuclear, and because the disease results in weakness of certain parts of the body, it is termed palsy.

Rare (under 1% of) cases of PSP occurring within certain families have been observed. Also, rare mutations in the MAPT gene, which is responsible for synthesizing tau protein, have been found in some patients with PSP.

As the name Progressive Supranuclear Palsy indicates, symptoms of the disease may worsen with time. Physical symptoms of PSP may include:

Emotional, behavioral, and cognitive symptoms of PSP may include:

Patients with Progressive Supranuclear Palsy may become severely disabled withing 3 to 5 years after the onset of symptoms. The most common cause of death is Pneumonia. With good attention to medical and nutritional needs, it is possible for individuals with PSP to live at least a decade after the first symptoms of the disease start to appear.

Although the condition of PSP itself is not fatal, some of its complications are dangerous and may even be life-threatening.

Complications from PSP symptoms may include:

Proper diagnosis by a neurologist or movement disorder specialist is important because physicians may sometimes confuse the symptoms of Progressive Supranuclear Palsy with those of Parkinson’s Disease, Alzheimer’s disease, or other forms of dementia.

Diagnosis may include taking a medical history, physical examination, neurological examination, and radiological tests such as magnetic resonance imaging (MRI) or positron emission tomography (PET) to find out whether shrinking in the upper part of the brainstem, a sign of PSP, has occurred; to identify other abnormalities in the brain; to measure brain activity in areas where degeneration is known to have occurred; and to exclude other conditions, such as stroke.

Conventional treatment may include certain medications, glasses with bifocal or prism lenses to improve issues with looking down, evaluations for speech and swallowing, walking aids (such as canes, walkers, or wheelchairs), physical and occupational therapy, and feeding tubes (gastrostomy, surgical implantation of a tube through the abdominal skin leading into the intestine) for patients with difficulty swallowing and/or risk of choking.

Currently, there is no known “cure” for Progressive Supranuclear Palsy. Thus, conventional treatment is limited to the management of signs and symptoms, and enhancing the comfort of the patient. However, conventional treatment by physicians allows survival of patients with Progressive Supranuclear Palsy to be at least 10 years following the presentation of initial symptoms.

Alternative therapy for PSP includes homeopathy, which seeks to treat the patient, rather than just the disease. Homeopathy is an effective method of healing acute and chronic conditions, as claimed by millions of patients worldwide and thousands of homeopathic doctors.

Our proprietary therapeutic methods are based on a belief that all humans possess certain foundational energy sources within their core, and that a person’s energy balance is tied directly to his/her state of health and wellbeing. When these energy sources are disturbed, whether from internal or external forces, disease occurs.

Our homeopathic treatments seek to neutralize these disturbances and restore a person’s natural, optimal energy balance.

Premilife wants to be your partner in managing Progressive Supranuclear Palsy!

Since our founding in 1980, Premilife has dedicated decades to helping patients throughout the world experience gradual improvement of progressive supranuclear palsy via homeopathy. View our success stories. Our homeopathic treatments are manufactured under strict quality guidelines for healthcare from the world’s health organizations.

Premilife’s unique homeopathic treatment, Antiverisan, is specifically designed and formulated to assist you in managing Progressive Supranuclear Palsy. The different ingredients in each pill increase your likelihood of success. You can take Antiverisan with any conventional PSP medicine that you might currently be using.

Get your treatment for Progressive Supranuclear Palsy now!

Click here to read more about Premilife’s treatment program, and choose the plan that is right for you.

If our article has enhanced your knowledge about Progressive Supranuclear Palsy:

Kindly share Premilife’s article via social media, so that we can help more people struggling with this condition.

We would be happy to hear your comments about the article below.

SUFFERING FROM ANY KIND OF DISEASES?

Premilife gives energy to the human body that increases the chances of winning diseases (which diseases? more than 700!) - the means - homeopathic remedies

Check if you’re suited to our treatments!

Steps
TreatmentFind Your Treatment
Medical QuestionnaireCheck if you’re suited to our treatments!
Search your treatment
Contact Premilife
Need more Info?Talk To Our Experts