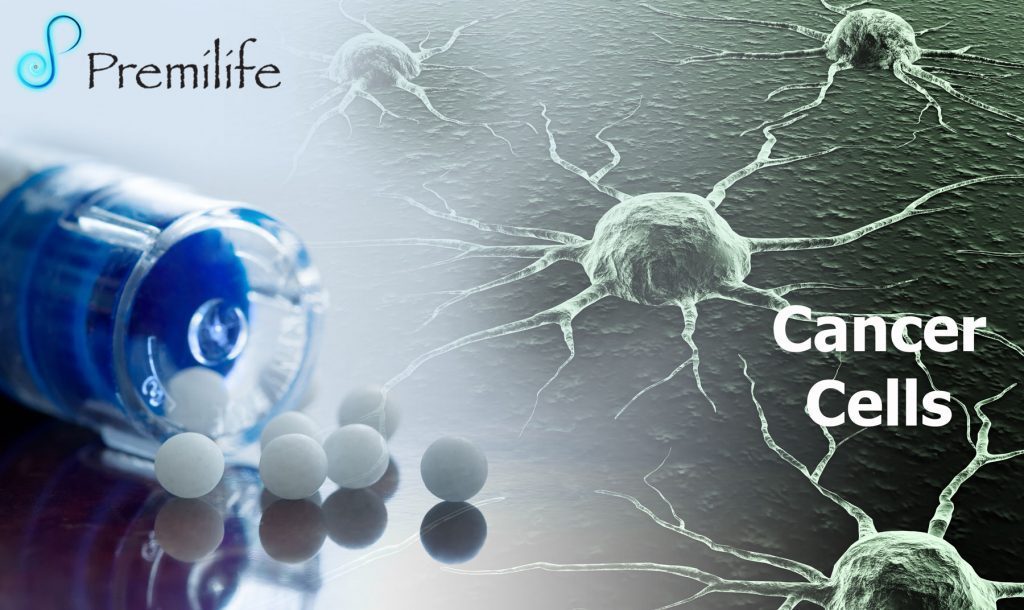 Other types of body cells reproducing in an unregulated way can form a mass, called a solid tumor. If the tumor is unable to invade nearby tissues and is unable to spread to other parts of the body, the tumor is considered benign.

More than 100 types of cancer exist and are named for the original location (primary site) of the cancer cells in one type of tissue (such as the blood, skin, or bone), region of the body (head and neck), or organ (such as the brain, esophagus, breast, lung, stomach, pancreas, liver, gallbladder, colon, kidney, bladder, ovary, uterus, penis, prostate gland, testicles, and vagina).

Depending on the type of abnormal cell detected, cancers are classified by a pathologist. The type of cell detected is assumed to be from the original site of the tumor.

Cancer is caused by a series of changes in specific types of cells, making them reproduce without regulation, rather than the normal process of cell division occurring only to replace the natural death of an older cell.

Risk factors for cancer include genetic factors; exposure to radiation, sunlight, toxic chemicals, conventional medications, and hormones; viral infections, diet, and age. Substances that contribute to the cause of cancer are called carcinogens. Depending on the kind of cancer, the types of risks vary.

Individuals with a high likelihood of development of a specific kind of cancer, who have been advised to undergo screening for certain cancers, and who think they may have cancer should consult their physician.

Throughout the world in 2012, the incidence (i.e., new diagnoses) of cancer, not including non-melanoma kinds of skin cancer, happened to 14.1 million individuals. The same year, the estimated global prevalence of individuals (i.e., patients alive) with cancer was 32.6 million.

Lifestyle choices, such as healthy dietary habits, physical activity, avoidance of smoking, avoidance of drinking excess amounts of alcoholic beverages, avoidance of prolonged exposure to sunlight, and practicing safe sex can reduce the risk of certain types of cancer.

Signs and Symptoms of Cancer

Signs and symptoms depend on the kind of cancer, whether it has traveled to other regions of the body, and where in the body the cancer has traveled.

Complications of cancer depend upon the original type of cancer and where in the body the cancer is located. If untreated, the cancer cells can spread to other tissues or organs in the body. When cancer spreads to sites far from the original location in the body, the disease is called metastatic cancer.

The following types of diagnostic tools may be performed:

A radiologist studies the radiographs to determine whether a mass is observed in different parts of the body.

The outcome of therapy (i.e., the prognosis) depends on the kind of cancer, the grade of the tumor cells, the stage of disease (i.e., how far the cancer has traveled from the original region), the general health of the patient, the age of the patient, and the type of treatment. Therefore, a dramatic difference in survival rates has been observed, even for the same type of cancer.

After diagnosis, the sooner a cancer is treated, the more likely a cure is possible. Types of conventional medical treatment depend on the type and stage of cancer and the goal of the treatment. Treatments can have curative intent, palliative intent (i.e., making the patient comfortable), or supportive intent (reducing side effects of therapy).

Conventional forms of cancer therapy include:

Side effects of surgery, which depend on the part of the body involved in the surgery, include infections. Common side effects of hormone therapy include effects on sexual and reproductive function. All types of radiation therapy (photodynamic therapy, laser therapy, external beam radiation therapy, radiosurgery, and brachiotherapy) can affect normal cells and organs in the radiation field adjacent to the cancer cells being irradiated.

As chemotherapy involves administration of toxic chemicals, it can affect normal cells, as well as cancer cells, Therefore, common side effects of chemotherapy include hair loss (called alopecia), inflammation of the lining of the mouth (called mucositis), and effects on memory and cognition (termed chemobrain). Although targeted therapy, which is based on the surface characteristics and/or genetics of the tumor cells, is designed to affect tumor cells more than normal cells, even targeted therapy has side effects.

Alternative and complementary types of cancer therapy include:

Homeopathy is an effective method of healing acute and chronic conditions, as claimed by millions of patients worldwide and thousands of homeopathic doctors.

Our proprietary therapeutic methods are based on a belief that all humans possess certain foundational energy sources within their core, and that a person’s energy balance is tied directly to his/her state of health and wellbeing. When these energy sources are disturbed, whether from internal or external forces, disease occurs.

Our homeopathic treatments seek to neutralize these disturbances and restore a person’s natural, optimal energy balance.

Premilife wants to be your partner in fighting cancer!

Since our founding in 1980, Premilife has dedicated decades to helping patients throughout the world deal with many types of cancer. View our success stories. Our homeopathic treatments are manufactured under strict quality guidelines for healthcare from the world’s health organizations.

Premilife’s unique homeopathic treatment, Carcinexon, is specifically designed and formulated to assist you in managing cancer. The different ingredients in each pill increase your likelihood of success. You can take Carcinexon with any conventional medicine or alternative therapy for cancer that you might be using.

Buy your cure for cancer now

Click here to read more about Premilife’s treatment program, and choose the plan that is right for you.

If our article has enhanced your knowledge about cancer:

Kindly share Premilife’s article via social networks, so that we can help more people struggling with the condition.

We would be happy to receive your comments about the article here.

SUFFERING FROM ANY KIND OF DISEASES?

Premilife gives energy to the human body that increases the chances of winning diseases (which diseases? more than 700!) - the means - homeopathic remedies

Check if you’re suited to our treatments!